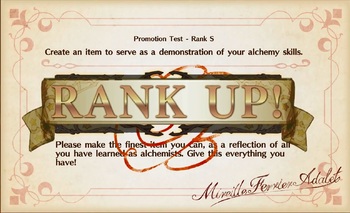 One step closer to the philosopher's stone dream, baby!
Wiggum: Lou, you're promoted to chief of police.
Lou: Sweet.
Wiggum: And Eddie, you're promoted to Lou.
Eddie: Nice. And, uh, who's gonna be Eddie?
Wiggum: We don't need an Eddie.
[Eddie is visibly saddened.]
— The Simpsons
Advertisement:

No matter what country you're from, if you are in the military, there will be a ranking system.

Most of the time, military personnel are required to be in a certain rank for X amount of months or years before they are even allowed to be promoted. This justifies the reason why you don't often see military promotions in television or movies.

But this trope is about when a character is promoted in show. During season one, you may have known him as a newly commissioned 2nd Lieutenant Bob, but by the third season he becomes known as Captain Bob.

After this promotion expect the character, if he is not a protagonist, to go in one of two directions. Either his increase in responsibility makes him a more important character in the series, or his responsibility gives him less time to spend with his friends. The middle ground is rare.

Compare Took a Level in Badass, except this character's badassness has a title.

This is not simply a military trope. Law enforcement agencies are hierarchical and large companies have a ranking system also, but these promotions have little impact on the story, unless the character is striving for it (in which most of the time he never gets it).

Not related to Level Up, where taking a level in badass includes numbers and stats, not titles and authority, although games whose characters are part of a military or paramilitary force may tie one to the other.

Contrast this with Limited Advancement Opportunities. See also Field Promotion and You Are in Command Now. Compare Up Through the Ranks when a veteran enlisted man is made an officer.

Officer Roger earns the rank of Lieutenant at the end of the episode.

Officer Roger earns the rank of Lieutenant at the end of the episode.