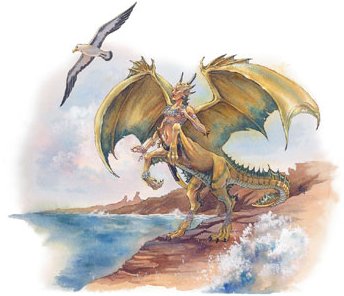 Human + Horse = Centaur. Centaur + Dragon = Hybrid Monster.
"I'm sorry, no, I won't take it. If we accept orc zombies, then we open the gate to all kinds of crap. What's next? Centaur dragons? How about demon fairies? Maybe buffalo elves? Heck, why not whale vultures? I'm going to make a stand for plausible monsters everywhere. Who's with me?"
— Black Mage, 8-Bit Theater, #406

The logical conclusion of Half-Human Hybrid, Monster Mash and Mix-and-Match Critters. A Hybrid Monster is a creature made up of two or more mythological, alien, monster, or fantasy creatures... or all of the above! It's common for these creatures to be more powerful than the separate component creatures.

Despite the near infinite combinations possible, there's only a few variants of these creatures:

Subtrope to Ninja Pirate Zombie Robot; this trope exclusively deals with the merger of nonhuman/non-normal-animal creatures.