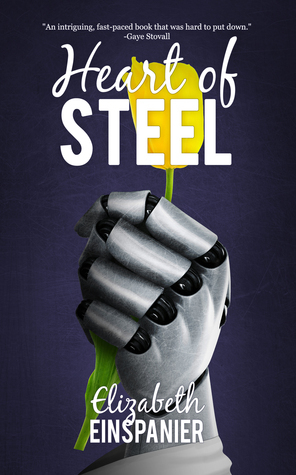 When Alistair Mechanus sees his latest captive, ER doctor Julia Parker, it is Love at First Sight... for him. While he eagerly drops his plans for World Conquest to woo her, ten years of virtual solitude have left his social skills badly rusted, and his attempts to charm her instead confuse and horrify her.

When one such misguided act of kindness backfires on both of them, however, Julia is forced to trust the mad genius with her life, and discovers a more vulnerable side under his armored plating. She has the skills he needs to unlock his forgotten past, but will learning who he used to be come at the cost of his remaining sanity?

Heart of Steel is Elizabeth Einspanier's first (attempt at a) romance novel. Its character page is under construction.