Literature / The Hitchhiker's Guide to the Galaxy Trilogy 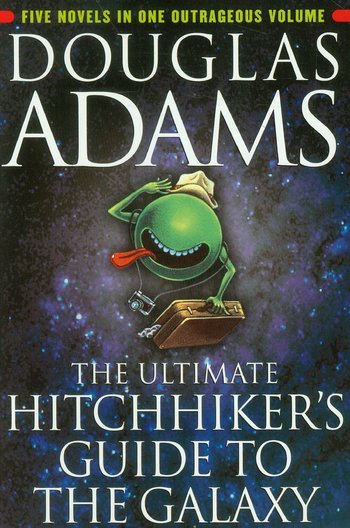 When he was eighteen, drunk in a field in Innsbruck, hitchhiking across Europe, Douglas Adams looked up at the sky filled with stars and thought, "Somebody ought to write the Hitchhiker's Guide to the Galaxy." Then he went to sleep and almost, but not quite, forgot all about it.

For all versions of the story, including the TV series, radio series, video game/text adventure, film, theatre plays and comic series, see The Hitchhiker's Guide to the Galaxy.