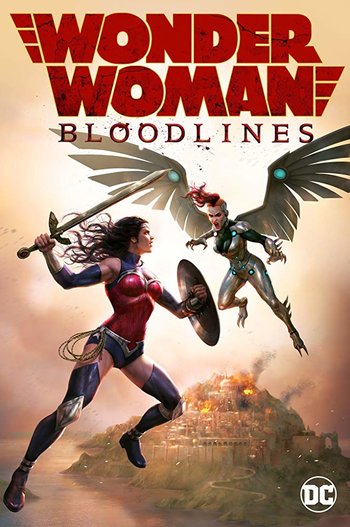 Wonder Woman: Bloodlines is a 2019 movie in the DC Universe Animated Original Movies line and part of the DC Animated Movie Universe. It was released online on October 5 and on Blu-ray/DVD on October 22. You can see the trailer here

. The short, DC Showcase: Death is a bonus feature on the Blu-ray.

The first 15 minutes take place prior to the events of Justice League: War and explain how Diana met Steve Trevor and arrived in Man's World. The rest of the film, taking place after the events in The Death of Superman and Batman: Hush, deals with Diana facing down some of her deadliest foes as they seek to enter Themyscira. The movie's plot combines elements of Swan Song (a story arc from James Robinson's Wonder Woman (Rebirth) run) with elements from Greg Rucka's runs on Wonder Woman (1987) and Wonder Woman (Rebirth).