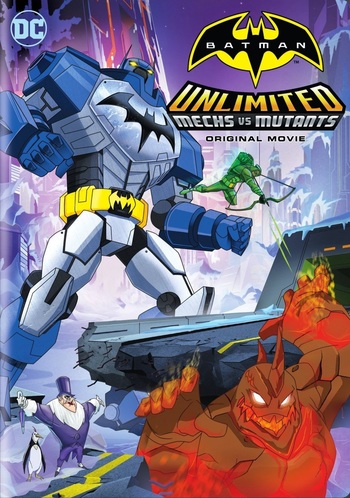 Batman Unlimited: Mechs Vs. Mutants is the third Batman Unlimited Direct-to-DVD movie series. Batman, Nightwing, Robin, the Flash, and Green Arrow forced to deal with giant monsters rampaging through Gotham as Mr. Freeze and the Penguin turn Bane, Clayface, Killer Croc, and Chemo into monsters and the heroes are forced to use giant robots against them.