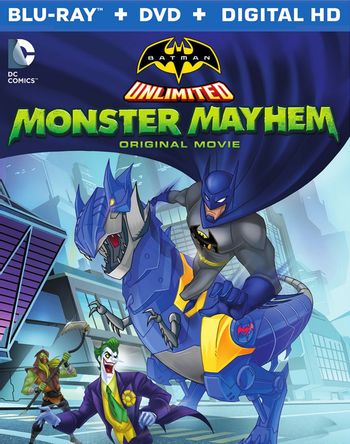 Batman Unlimited: Monster Mayhem is a direct-to-DVD animated film from DC Comics and sequel to Batman Unlimited: Animal Instincts following Batman and a team of other DC heroes working to stop The Joker as he teams-up with Solomon Grundy, Silver Banshee, Clayface, and the Scarecrow as they kidnap a video game developer and use him to take over the world. This was followed by Batman Unlimited: Mechs Vs. Mutants.