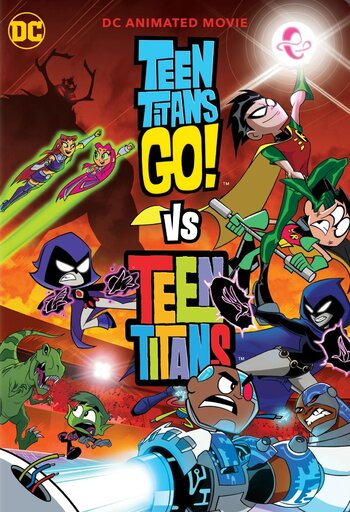 When the two animated incarnations of the Teen Titans are seemingly summoned by a new Master of Games in order to judge which version of the team is superior, they soon discover the contest was fabricated by the 2013 iteration of Trigon, who uses his daughter's recent Power Incontinence in order to resurrect his 2003 counterpart. After the two Trigons kidnap both Ravens in order to sap their energy, the two teams must set aside their differences in order to rescue their friends and prevent the demons from using their newfound power to conquer the multiverse.