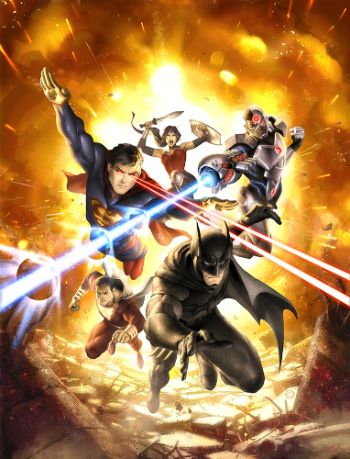 Superheroes have recently started to appear and not only are they considered strange, but are hated and feared, which Batman doesn't mind. But when he discovers signs of an alien invasion from the planet Apokolips, ruled by the God of Evil Darkseid, Batman must team up with Green Lantern and they must band together a team of superheroes to stop it.

Here is the first trailer released.