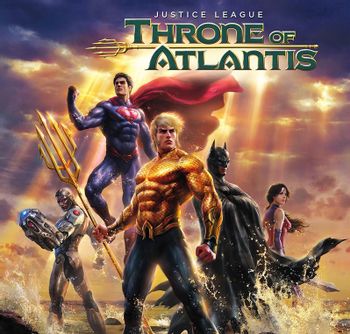 When the king of Atlantis is killed during Darkseid's invasion, Ocean Master decides to take control of the throne. His first act as king: to avenge the last king's death and declare war on the surface world. To stop him, the Justice League, formed during the invasion, soon finds themselves having to team up with Ocean Master's brother, Aquaman and his lover, Mera.