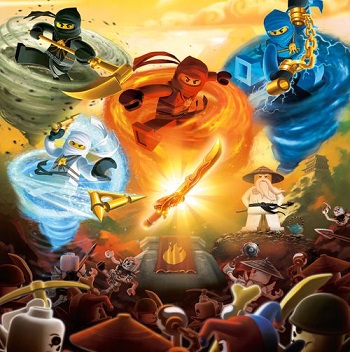 Tornados are frightening natural phenomena, and characters may use them in combat, possibly deflecting missiles or containing explosions. The fighter usually creates them by moving in circles (or spinning) with Super Speed or air-controlling powers.

Compare Razor Wind, Spin Attack, and This Is a Drill. Related to Do Not Touch the Funnel Cloud. Not to be confused with Hurricane Kick.