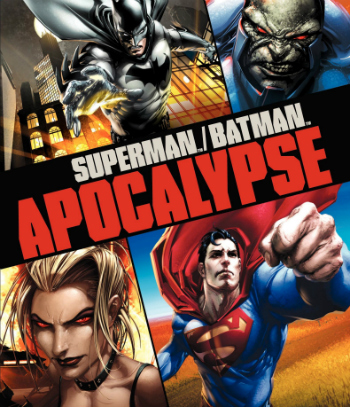 The sequel to Superman/Batman: Public Enemies and the first sequel in the DC Universe Animated Original Movies line, based on The Supergirl from Krypton (2004).

The film begins with a huge meteor crashing into Gotham Bay, alerting the attention of Batman to the scene. The meteor turns out to have contained a spaceship belonging to a girl possessing the strength and powers of Superman. In her confusion and fear, she causes enough damage to warrant Batman using kryptonite to subdue her. Awakening in the Batcave, she destroys Batman's scanning equipment, but her attempt to flee is halted by Superman. Able to understand her language and provide her reassurance, Kal-El learns she is his cousin, Kara Zor-El.

Superman offers to take the young Kara under his wing, despite Batman's suspicions, and teach her how to live among the humans. However, Darkseid knows of her arrival and makes plans to use Kara for his own means.

The direct-to-video adaptation is based on The Supergirl from Krypton story arc in Superman/Batman. Kevin Conroy and Tim Daly reprise their respective roles from the first feature as Batman and Superman, and Susan Eisenberg returns as Wonder Woman, whilst Andre Braugher voices Darkseid and Summer Glau voices Supergirl.