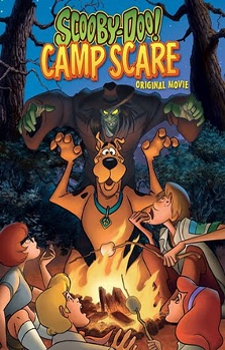 Premiering on Warner DVD in 2010, Scooby-Doo! Camp Scare revolves around the gang becoming counselors at Camp Little Moose, a run-down summer camp that Fred remembers fondly from his childhood. When they arrive, they discover that the local campfire stories have been coming true, from the Ax-Crazy Woodsman to the screeching ghost of a lost hiker, to a monstrous fish-man in the lake. It's up to the gang to solve this mystery, but can they do it before the monsters find what they're looking for?