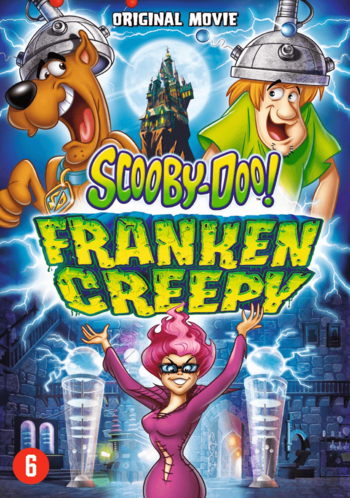 Scooby-Doo! Frankencreepy is the 22nd title in the Scooby-Doo Direct-to-Video Film Series.

In this film, during one of Daphne's Web Videos on her modeling career that had been turned into a question-and-answer session on the Mystery Inc.'s mystery, they are contacted by the Dinkley family's lawyer. Despite Velma's protesting, the gang head off to meet the lawyer, learning that Velma is about to inherit the Castle Von Dinkenstein in Transylvania. Afterward, the Ghost of Dr. Von Dinkenstein destroys the Mystery Machine. The gang go to the town, which is stuck in 19th-century Germany because of a curse.