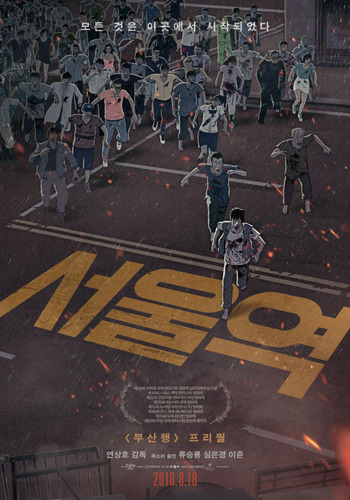 Seoul Station (2016) is an animated Prequel to Train to Busan, which act as both a predecessor and a perspective switch on the Zombie Apocalypse in the movie. It is written and directed by the same director, Yeon Sang-ho.

The main plot deals with Suk-gyu looking for his daughter, Hye-Sun, who has run away from her mother before turning to prostitution. At the same time, a Zombie Apocalypse has occurred within the city, caused by a infected homeless person, kicking off the plot of Train to Busan.