Western Animation / The Spine of Night 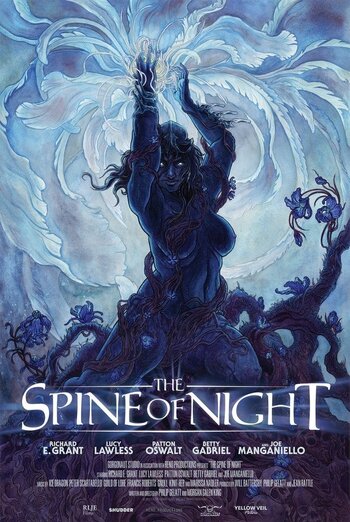 The Spine Of Night is a 2021 dark fantasy adult animation, written and directed by Philip Gelatt and Morgan Galen King, and created using rotoscoped animation.

The movie traces, across the eras, the story of the many people affected by the power of a magical bloom, and the blood and black magic it inspired, framed as a story told by a witch to the guardian as she tries to convince him to give her the final bloom he protects.