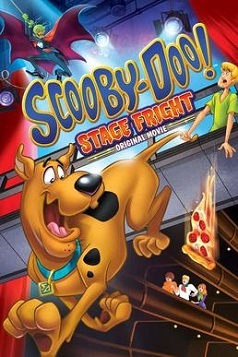 Scooby-Doo! Stage Fright is the 21st title in the made-for-video Scooby-Doo series. It was due out August 20, 2013, but had its television debut on Cartoon Network on August 10, 2013.

Fred and Daphne are finalists on a show called "Talent Star", which is being telecast from an opera house in Chicago, currently haunted by a vengeful Phantom. The suspects include a pint-sized singer with over-pushy stage parents, a magician, and a garish, ferocious diva.