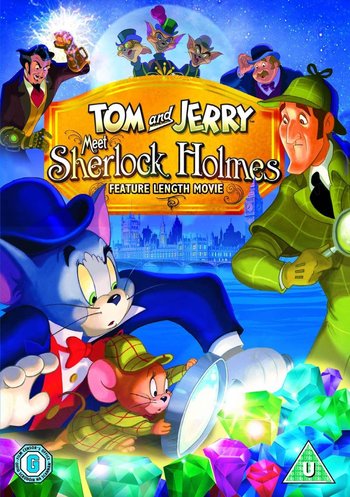 A Tom and Jerry story featuring, you guessed it Sherlock Holmes. Jerry lives with and to some extent works as an assistant to Holmes and Watson. They are hired by a music hall singer named Red (with Tom serving as her valet), who is being blackmailed over her occupation, threatening her impeding marriage. It quickly transpires that this is part of a cunning ruse to frame Red for a diamond robbery. Holmes and Watson set off, trying to find the thieves, while Tom, Jerry and Red try to stay one step ahead of the police, only to find themselves uncovering more clues to the Evil Plan of the culprit.