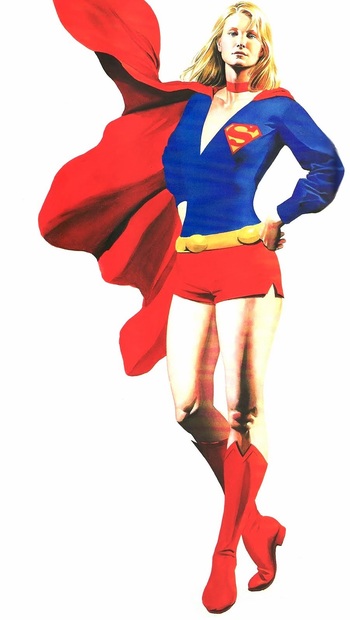 Kara Zor-El was an average Kryptonian teenager growing up in Argo, a domed city which survived Krypton's destruction, until her parents sent her to Earth to save her life when another catastrophe threatened with destroying her hometown. After crash-landing she meets her cousin Kal-El, known now as Clark Kent alias Superman, who helps her out with setting up a new identity and learning how to handle her powers. Eventually Kara becomes the super-hero known as Supergirl while she struggles to adapt herself to her new life in a strange, unknown world and learn how to be a hero.

The character first appeared in Action Comics (Volume 1) #252 (May, 1959), created by writer Otto Binder along with artist Al Plastino. Since her inception she has been one of the major and most popular DC Universe heroes and has appeared in multiple adaptations.

To learn more details about Supergirl's character and history, go to her comic book page.