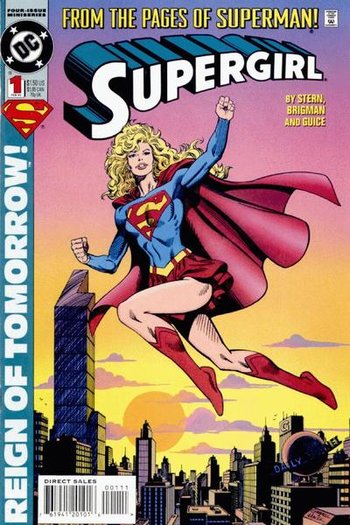 Supergirl 1994 or Supergirl (Volume 3) was a four-issue limited series published in 1994. It is the only Supergirl series to feature the Matrix Supergirl.

After the death of the original Supergirl in Crisis on Infinite Earths, DC needed to come up with a new Supergirl-named character in order to not lose the trademark. So, John Byrne — in The Supergirl Saga Story Arc — created "Matrix", a shape-shifting protoplasmic purple creature imprinted with Lana Lang's memories who hailed from a Pocket Dimension that was destroyed by Phantom Zone criminals and who just so happened to take form of a female Superman.