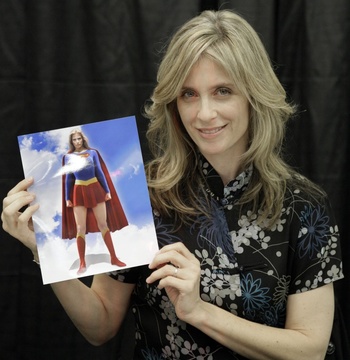 She was the first actress to play Supergirl in live action, in the eponymous 1984 film. She went on to star in films such as Ruthless People, The Secret of My Success and City Slickers.

She also played in television productions and stage projects, including the voice of Talia al Ghul in Batman: The Animated Series and three guest appearances as Lara-El on Smallville (2007–2010). She was a series regular for the two-season run (2011–2013) on the ABC Family series The Lying Game and ended up playing Eliza Danvers in the Supergirl series as a tribute to her debut role.

In the 2000s, Slater recorded five albums, singing her own compositions and playing the piano.