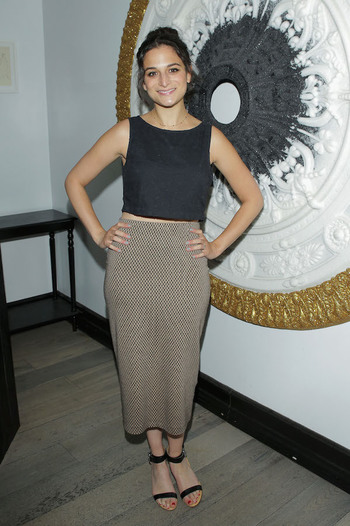 Jenny Sarah Slate (born March 25, 1982) is an American actor, comedian, and author. She first rose to fame in films like Alvin and the Chipmunks: Chipwrecked and Obvious Child, for which she received significant acclaim. Also well known for co-creating Marcel the Shell with Shoes On with her ex-husband Dean Fleischer Camp.

Slate's personal life has also garnered some attention with her on-and-off-again relationship with actor Chris Evans. In 2019, she became engaged to art curator Ben Shattuck, with whom she has a daughter named Ida. They got married in 2021.