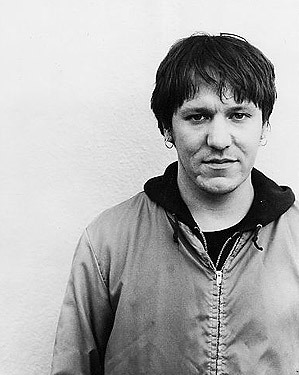 Mister Misery, himself.
People you've been before, that you don't want around anymore
— "Between the Bars"
Advertisement:

Steven Paul "Elliott" Smith (August 6, 1969 – October 21, 2003) was an American singer-songwriter and musician, commonly associated with the Slowcore movement of the 1990s. Smith rose to mainstream prominence when his song "Miss Misery" – featured in the soundtrack to the 1998 film Good Will Hunting – received an Academy Award for Best Original Song nomination.

Smith suffered from depression, alcoholism, and drug addiction, and these topics often appeared in his lyrics. At age 34, he died in Los Angeles, California from two stab wounds to the chest.

Tropes associated with Elliott Smith include: