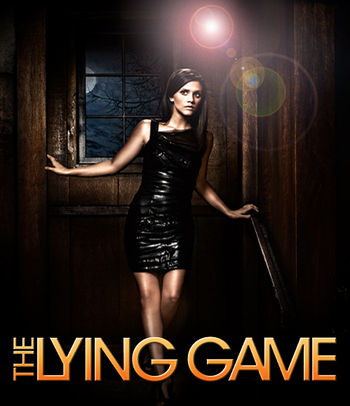 "A few months ago I discovered I had a twin sister. And then she asked me to take her place. Keep the secret, find our real mother, and try to stay alive. Put yourself in my shoes - how long could you keep up The Lying Game?"
—Opening Narration
Advertisement:

The Lying Game is an ABC Family series based off the novels of the same named by Sara Shepard. It follows the adventures of Emma Becker and Sutton Mercer, two long-lost twins living in different parts of the country. When Sutton decides to go looking for their real parents, Emma is forced to move into her home and take over her life. The Lying Game premiered on August 15, 2011 and was cancelled on July 15, 2013.

Has a characters page in need of some love.

Not to be confused with Liar Game. Or The Crying Game.