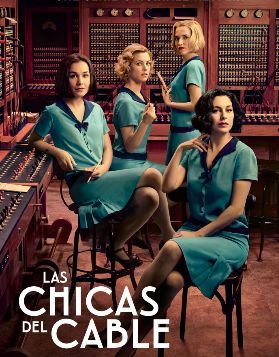 Cable Girls (original title: Las chicas del cable) is a 2017 Spanish period crime drama set in Madrid, Spain in 1928. It's centered around Lidia Aguilar, a woman who tried to save her friend from an abusive lover and ended up at the scene of a double homicide. Blackmailed by a corrupt cop named Beltrán, she is tasked with becoming the inside woman for a planned robbery of Spain's telephone company.
Advertisement: