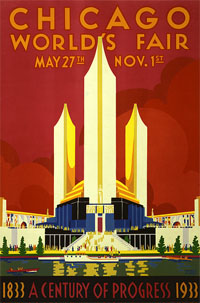 Art Deco, a flexible and decorative art that changed history.

The staple style during the 1920s and 1930s, with its geometrically futuristic linear design, Art Deco was applied in every field, including architecture, furniture, interior design, graphic design, fashion and typography. Its streamlined, simplistic, symmetric, fluid and futuristic design was easily managed and breathable, in contrast to the frilly Edwardian Art Nouveau designs.

It took the world by storm after the 1925 Paris Exposition Internationale des Arts Décoratifs et Industriels Modernes (although some claimed that the movement started as early as 1910), influenced by works of Romain de Tirtoff (better known as Erté), historical arts like Aztec, Egyptian and Mesopotamian, and modernist styles like Neoclassical, Art Nouveau, Bauhaus,note The earlier movement originating in Germany, known for its ergonomic and geometric style, was denounced as decadent and Jewish by the Nazis and officially discouraged. Futurist, Cubist and other movements. And its forms went on to every World's Fair from the 20s and 30s, then spread to all over the world.

An underappreciated facet of Art Deco is that it was extremely practical behind the futuristic flair. In furniture and interior design, it was easy to keep clean without a whole lot of effort. A brush would pick up a lot more dirt sweeping across the smooth lines of an Art Deco chair, lamp, or cabinet than it would across one that had tons of nooks and crannies. In cars and locomotives, meanwhile, the streamlining of Art Deco vehicular styling also gave advantages to high-speed performance and fuel economy, which automotive engineers would fully exploit later on.

Although the term Art Déco is commonly used, the term was actually coined in The '60s and The '70s during its resurgence after its popularity declined after World War II. Many hotels and luxury establishments still use Art Deco or a modernized variant of this in their interior and visual design, as the style is closely associated with prosperity and luxury even today.

Often this style is found on Diesel Punk and mostly Raygun Gothic settings. See also Everything Is an iPod in the Future, a more recent style that follows a similarly sleek, minimalistic, modernist design philosophy, but is more likely to incorporate smoothed edges, rounded shapes, and other "organic" curves than Art Deco-style swooping lines and geometric motifs.

Examples that include the art form or is applied about Art Deco: