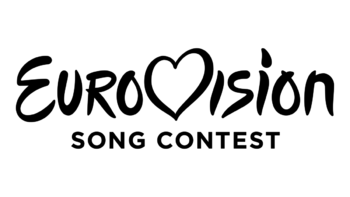 The European Broadcasting Union (EBU) operates a network known as Eurovision, which is primarily used to distribute coverage of special events (such as sporting events, the Pope's Easter Mass, the New Year's concert in Vienna, etc.) throughout its member broadcasters. It produces very few programmes in its own right, but this is far and away the best known. So much so, in fact, that many folks would be quite surprised to learn that "Eurovision" could refer to anything but the Eurovision Song Contest, accredited by Guinness World Records as the longest-running annual TV music contest in the world.

The contest has run since 1956 - although 2020's Contest was cancelled due to the coronavirus pandemic - and was quite well-respected in its early years, with established artists such as Cliff Richard and Serge Gainsbourg taking part, and others, such as Dana and Sandie Shaw, launching successful careers off the back of the show. The original idea was to foster post-World War II unity among European nations outside the communist bloc and showcase their varied musical talent. What's interesting to note that this contest is open not just to members of the European Union, nor just European countries, but to all countries which are active broadcasting members of the EBU, which also includes Israel, Turkey, Georgia, Armenia and Azerbaijan (As Graham Norton, current commentator for the United Kingdom via BBC, said on his show when explaining the premise, "We use 'European' very loosely."). With the contest taking a credibility dive in The '70s, the only acts to become international stars for the next few decades were ABBA, Riverdancenote Riverdance wasn't participating in the contest but was conceived and debuted as the interval act for Eurovision 1994 and Céline Dionnote Performers do not have to be citizens of the country they represent, hence how the Canadian diva was able to represent Switzerland, though several performers have remained popular in their home countries after entering the show. This has started to change in recent years with many participants remaining internationally active thanks to the rise of digital distribution (and a rise in quality of songs), with 2019 and 2021 winners Duncan Laurence and Måneskin looking to potentially become the first world-famous artists since ABBA to springboard off the contest.

The format of the show has changed over the years, but remains broadly the same: First a series of songs is performed, then voting takes place to determine a winner. The votes from each country are "telephoned" (now shown by live feed) in to the studio one at a time, providing dramatic tension. The traditional way to start this is to say "Hello, [host city], this is [capital of particular country] calling". The winner hosts next year's contest, which can do wonders for the tourist industry in obscure cities, though it can be ruinously expensive to host.

Songs must be original, no more than 3 minutes long and contain some lyrics (no Instrumentals). Between 1966 and 1972, and 1977 to 1998, songs had to be sung in one of the official languages of the country entering. However, this rule was removed after a long string of wins by Ireland, who were felt to have an unfair advantage by being one of only three countries able to sing in Englishnote For the curious, the other two countries were the United Kingdom (obviously), and Malta which was rapidly becoming the lingua franca of Europe. Any language requirements that are imposed are now at the discretion of the individual broadcasters.

At the contest, each country cannot have more than 6 people on stage during their performing spot, and no animals are allowed. Starting with the 1990 contest, all performers in competition must be at least 16 years old on the day of performancenote before that year, children as young as 11 or 12 have appeared onstage; this rule and the existence of a Junior version means that Sandra Kim, who won for Belgium in 1986 aged 13, will remain the show's youngest-ever winner. All vocals must be performed live, a rule that has remained stubbornly in place despite the rising prevalence of vocal samplingnote Croatia was penalized after their 1999 entry was found to have included vocal samples. Norway 2017 also stretched this rule with vocal sampling and manipulation. However, the EBU relaxed this requirement 2021 contest in light of the ongoing COVID-19 pandemic and allowed recorded backing vocals on a trial basis. Until 1998, all music had to be live as well. The host nation would provide an orchestra to back all the competitors and each nation would send a conductor (with the host nation keeping a conductor of retainer for those countries without one). Any instruments not included with the orchestra would be provided by one of the people on the stage. In 1999, host nation Israel decided to drop the live orchestra as a cost-cutting measure and performances were sung to backing tracks; this practice has remained in place for every contest since.

Before 1997, all voting was done by panels of expert judges. However, following accusations of bloc voting, public phone votes were introduced. Some have argued that this has only made it worse; callers can't vote for their own country, but emigrants can vote for their homeland. Also, UK's zero points in 2003 was alleged to be an expression of continental Europe's backlash over their involvement in the recent USA-led invasion of Iraq (although the real reason was probably Jemini's horrifying off-key singing), and by 2007 this had become so prevalent among former communist countries that Malta fixed their votes in protest. The situation in 2007, followed by a similar (but less prevalent) repeat the next year, prompted the EBU to change the voting rules to a hybrid system which give jury and popular votes a 50-50 footing in weighing the results, which contributed to leveling the contest for Western countries from 2009 onwards.

The definition of Europe in "Eurovision" has been extended in recent years. Israel has participated since 1973, while the Caucasian nations of Armenia, Georgia and Azerbaijan joined in 2006, 2007 and 2008 respectively. Australia was also invited to participate for the sixtieth anniversary of the contest in 2015, becoming a regular participant from then onwards with their contract set through 2023.

In March 2020, it was announced that the planned 65th edition of the contest (which was set to happen in Rotterdam, Netherlands, following Duncan Laurence's 2019 win) had been canceled due to concerns about the growing COVID-19 pandemic sweeping Europe and the rest of the world. This marked the first-ever instance of the competition not happening since it began in 1956. That same month, preliminary discussions for the 65th edition to remain in Rotterdam for 2021 began, and it was eventually confirmed (in the Europe Shine A Light special) that Rotterdam would indeed host the 2021 Contest. Many participating nations confirmed their intention to keep the artists they'd chosen for 2020 in the following months, with the proviso that they would need to select new songs in accordance with ESC rules. Some of the countries that use national selections to pick their acts invited the incumbent winners back for 2021, while others (namely Italy and Sweden) went ahead with their finals as planned, though many of the representatives that were chosen for 2020 through this system were invited to compete again for re-entry.

There have been a handful of Eurovision spinoffs over the years, most notably including the Junior Eurovision Song Contest (which has been held every autumn since 2003) and the short-lived Eurovision Dance Contest. There have also been attempts at launching foreign versions of the contest, such as an Asian edition that was set to debut in 2018 but got stuck in Development Hell before being cancelled in 2021. The long-teased American version of Eurovision —- titled the American Song Contest -— was eventually set for a 2022 debut on NBC, with inaugural participation from all fifty states as well as Washington, D.C. and five US territories note American Samoa, Guam, Northern Mariana Islands, Puerto Rico, and United States Virgin Islands and a Canadian version was announced in 2022 and is due to start the following year. Eurovision was previously first broadcast in the United States from 2016 to 2018 on the LGBT-focused cable network LOGO, before Netflix acquired the US streaming rights for the 2019 and 2020 editions.note This didn't include live streaming of the contest; both semi-finals and the final are added to the service after it already aired in Europe. The 2020 edition obviously never streamed as part of this deal. Likely in conjunction with the official announcement of ASC, Peacock then became the new American streaming home of Eurovision starting with the 2021 edition.note NBC and Peacock are both subsidiaries of NBCUniversal.

In March 2019, it was announced that a proposed Eurovision film from Will Ferrell and director David Dobkin (Wedding Crashers) was moving forward at Netflix, coinciding with their planned two-year streaming deal in the US. Ferrell, a longtime Eurovision fan himself, previously claimed to have seen every contest since 1999 (when his Swedish wife introduced him to it) and even attended the 2018 competition in Lisbon as preparation for the film. After a brief release date change because of the COVID-19 pandemic, Eurovision Song Contest: The Story of Fire Saga was finally released in June 2020. The plot of the film follows unlikely Icelandic duo Fire Saga (Ferrell and Rachel McAdams) as they beat the odds to represent their country at Eurovision. Shot partly on location during the 2019 edition in Tel Aviv, the film also features Pierce Brosnan, Dan Stevens, and Demi Lovato in supporting roles, as well as plentiful cameo appearances from previous Eurovision acts. Although reactions to the film trended mixed-to-positive, the soundtrack was widely praised and even received a Grammy nomination, with "Husavik" (as performed by Molly Sandén) specifically being nominated Best Original Song at the Oscars.

An index of notable Eurovision acts can be found here.

For parodies of the contest, see Inept Talent Show Contestant.