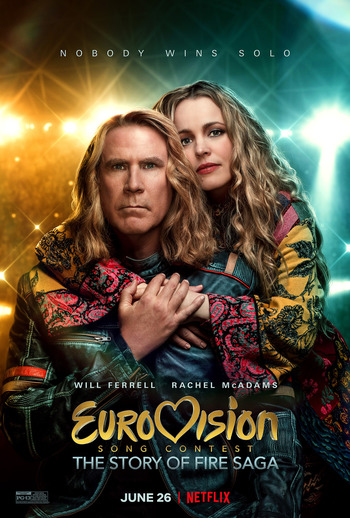 Eurovision Song Contest: The Story of Fire Saga is a 2020 comedy film directed by David Dobkin (Wedding Crashers) and written by Will Ferrell & Andrew Steele.

Based on the song competition of the same name, the film follows Icelandic pair Lars Erickssong (Ferrell) and Sigrit Ericksdottir (Rachel McAdams) as they fulfill their lifelong dream to represent Iceland in the Eurovision Song Contest, competing as a duo called Fire Saga. Pierce Brosnan, Demi Lovato, and Dan Stevens also appear in supporting roles.

A soundtrack album featuring the songs from the film has also been released, preceded by the single "Volcano Man"