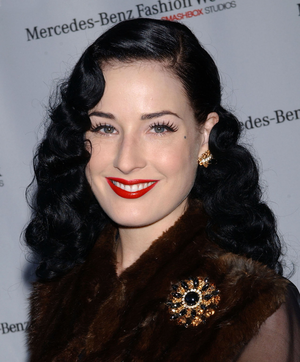 "Me personally, I want to entertain people above all. When you look back at burlesque in history and the real golden age of burlesque, those entertainers were there to entertain, and there wasn't usually some big political message behind what they were doing."
Advertisement:

She's also a famed sex symbol, and the ex-wife of Marilyn Manson.

The poster girl for Raven Hair, Ivory Skin, although she dyes it.