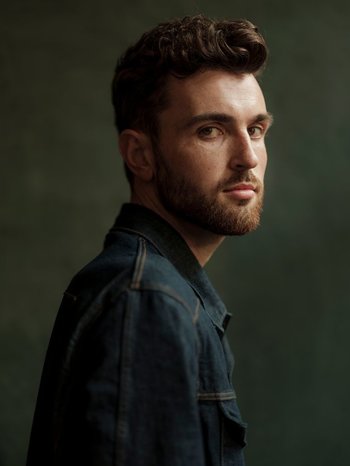 Laurence is best known for representing The Netherlands in the Eurovision Song Contest 2019, winning with the song "Arcade". With his victory, Laurence gave The Netherlands their fifth overall win in the competition, and their first since Teach-In's "Ding-a-Dong" in 1975.

Prior to Eurovision, Laurence competed on The Voice of Holland under the mentorship of Ilse DeLange, who previously represented The Netherlands at Eurovision (as part of The Common Linnets) in 2014, finishing as runners-up to Conchita Wurst. He did not win the series, getting knocked out during the semi-finals; eventual winners O'G3NE would also represent their country at Eurovision in 2017, not faring as well as Laurence himself did.

Laurence is the first (and to date, only) Eurovision-winning act who can claim to have written a K-pop song, as one of the credited co-writers of "Closer" by TVXQ. "Arcade" also became the first Eurovision song to chart on the Billboard Hot 100 since Gina G's "Ooh Aah... Just A Little Bit" in 1996, and the highest charting one since ABBA's "Waterloo", peaking within the top 40 at #38.