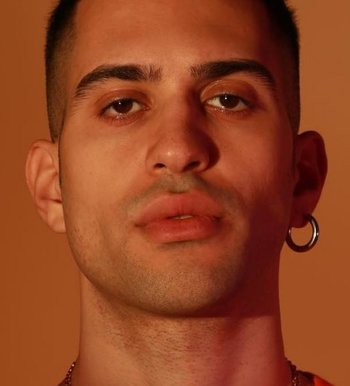 Mahmood came to prominence on the sixth season of Italy's X Factor in 2012, originally not making the cut for Simona Ventura's Boys category, but later earning a spot in the live shows as a wildcard contestant. He ultimately finished sixth.

In 2018, he competed in the inaugural Sanremo Giovani competition, an offshoot of the Sanremo Music Festival formerly known as their Newcomer category, and emerged as one of two winners alongside fellow competitor Einar. His victory guaranteed him a spot in the main show a few months later, which he also went on to win. Because of his success at Sanremo, Mahmood went on to represent Italy at the Eurovision Song Contest 2019, with his winning entry "Soldi", ultimately placing as runner-up.

He won at Sanremo again in 2022 with the song "Brividi"note "Shivers", together with Riccardo Fabbriconi, a.k.a Blanco. Likewise, the duo represented Italy once again at Eurovision 2022, this time on home soil in Turin and placing 6th on the final scoreboard.