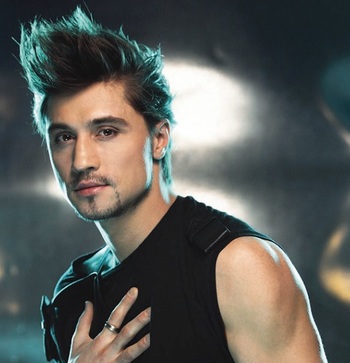 Bilán is perhaps best known for representing his native Russia in the Eurovision Song Contest twice, finishing as runner-up in 2006 with the song "Never Let You Go", and then winning with "Believe" in 2008.

He collaborated on a third entry for 2012's contest with t.A.T.u.'s Julia Volkova, but their song lost the national selection to the Buranovskiye Babushki's "Party for Everyone".

Bilán has served as a coach on Golos for five seasons to date, alongside fellow Eurovision alumnus Polina Gagarina, who placed as runner-up in 2015.

He's often called "Russia's Iglesias," given his physical similarity to the Spanish singer.