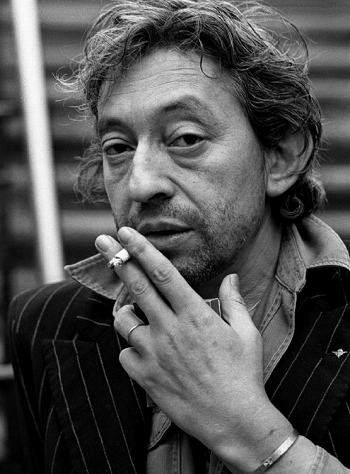 Had somewhat of a Broken Base during his lifetime, particularly during The '80s, but since his death he is pretty much universally celebrated.

He fathered two daughters, Charlotte (from his most famous love affair, with Jane Birkin, who was also his most prominent muse) and Natacha, and two sons, Lucien and Paul.

See also Gainsbourg, the 2010 biopic about him.

Serge Gainsbourg and his work provide examples of: