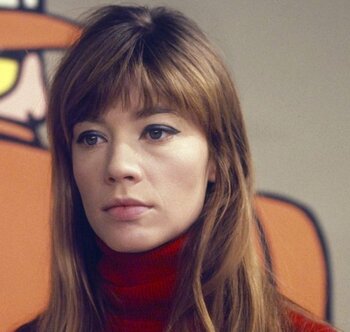 Françoise Hardy (January 17th 1944) is a french Chanson Singer-Songwriter who remains known for her work during the yé-yé years.

She instantly became famous in France for her first songs "Tous les Garçons et les Filles" and "Le Temps de l'Amour" which were released during the early sixties and also became a model thanks to her collaboration with photographer Jean-Marie Périer. Following from that, her music acquired maturity near the end of that decade and she would hit a milestone with the creation of her own production companies at a time where she wanted to detach herself from the "Teen Pop" image which defined her early career. After winning a court case which allowed her more artistic freedom in the making of her music, Françoise came up with some of the most renowned songs in her repertoire thanks to collaborations with artists such as Michel Berger or Serge Gainsbourg.

Outside of music, she also has a passion for astrology and has written novels.