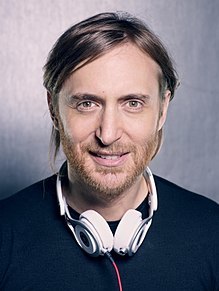 Pierre David Guetta (born November 7, 1967) is a French house music producer and DJ who specializes in electronic music. Originally a house DJ, he got into the music industry when he co-founded Gum Productions in 2001. It wasn't until 2009 he became a hit worldwide. He is now a sought-after music producer.