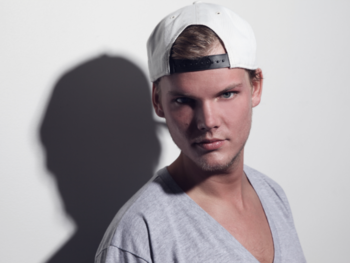 , was a Swedish Electronic Music DJ and producer. He is now credited as a key figure in the 2010s mainstream boom of Electronic Dance Music.

Bergling's stage name (slightly modified from "Avīci", the lowest level of Buddhist hell) was chosen since, while setting up a MySpace account, his real name was already taken. Starting his career as a remix DJ, he first got his foot in the door by posting his remixes to electronic music forums at 16. After a few years of false starts on the Australian label Vicious Recordings, he'd reach global prominence with the release of the massively successful song "Levels" in 2011note though "(Seek) Bromance" (released under the Tim Berg alias) had been a hit a year prior, which has been retrospectively deemed one of the defining songs of modern EDM.

Bergling spent the mid-2010s releasing several albums and EPs, racking up more hits along the way (namely "Wake Me Up", "Hey Brother", and "The Nights"). During this time he made a name for himself with his music's novel genre crossovers; as he regarded EDM to be too focused on drops, he mixed its sound with genres such as soul, funk, blues, folk and country.

In 2016, he retired from touring due to health concerns and mostly fell out of the public eye.

On April 20, 2018, Bergling was found dead. While the cause of death was not immediately given, it was eventually confirmed to be suicide. He had been outspoken on struggling with stress and poor mental health for several years before his death, and high pressure from management and fans to continue touring and uphold his public persona was noted as a key factor.

With the help of several collaborators, a posthumous album called Tim, which consists of songs that Avicii was working on before his death, was made and eventually released in 2019.

Bergling was also the center of a documentary titled Avicii: True Stories, given a limited theatrical release in November 2017 before being acquired and released by Netflix in December 2018.

In 2021, the Stockholm concert and sports venue originally known as Stockholm Globe Arena and later as Ericsson Arena was named Avicii Arena in his memory.

Avicii's character is taken to a hospital, and a mysterious flower sprouts out of his mouth which causes the workers to start dancing.

Avicii's character is taken to a hospital, and a mysterious flower sprouts out of his mouth which causes the workers to start dancing.