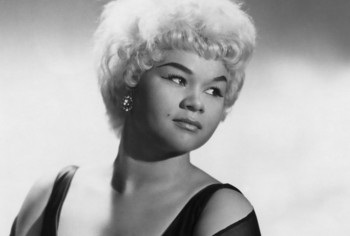 Etta James (born Jamesetta Hawkins, January 25, 1938 – January 20, 2012) was an American singer. Active for almost six decades, she covered a variety of different music genres, including R&B, Soul, Rock, and Blues. She won six Grammies and 17 Blues Music Awards, and was inducted into the Rock and Roll Hall of Fame in 1993. She has also been an inspiration for many later artists