May the Farce Be with You 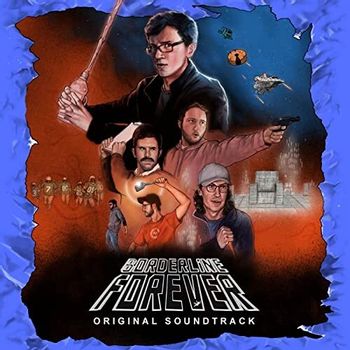 "Hey all, Star Wars reference here."
[Homer fighting with some gangsters]
Mark Hamill: [strained] Homer, use the for...
Homer: The Force?
Mark: The forks! Use the forks!
— The Simpsons, "Mayored to the Mob"

Many shows have a few references to Star Wars. It's a popular film series, so the majority of the audience is likely to understand it. However, some shows go a step further, and have an entire episode that revolves around references to Star Wars, Luke, I Am Your Father scenes, Big NOOOOOOOs, and thinly-veiled Captain Ersatzes of Darth Vader. The focal or point-of-view character usually plays the part of Luke Skywalker, since episodes frequently take most references from primarily A New Hope and The Empire Strikes Back (primarily the former).

The episode need not be a parody, and in many cases is an Homage, and sometimes a full Whole Plot Reference.

Compare Where No Parody Has Gone Before, Jurassic Farce and Charlie and the Chocolate Parody.

In "Virtual Johnny", Johnny Bravo tries out the latest VR game based off of a movie that is definitely not Star Wars.

In "Virtual Johnny", Johnny Bravo tries out the latest VR game based off of a movie that is definitely not Star Wars.