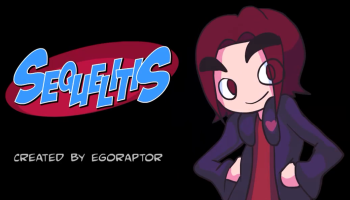 In this Web Video series, hosted on YouTube, Egoraptor acts as the literal (although animated) show host, thus making the series what essentially amounts to a vlog of sorts, where Egoraptor discusses several games, their sequels, what their sequels changed, what they did wrong, what they did right, etc.
Advertisement:

According to Egoraptor, there are currently no plans to continue the series.

To check the trope of the same name, click here. The series itself is here.

LET'S TAKE A LOOK AT SOME EXAMPLES!: