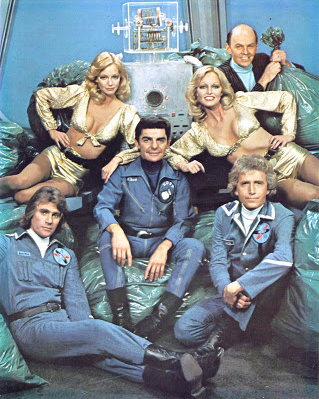 Quark: They're chasing us? Ficus, who are they?
Ficus: Well, commander, there are three possibilities. Either they are the dreaded Gorgons, in which we'll probably all be killed, or they're the allies of the dreaded Gorgons—
Quark: Ficus, I don't have time for long lists!
Ficus: —in which case we'll probably also be killed.
Quark: Ficus, what you're saying is that all possibilities end in our death.
— "All the Emperor's Quasi-Norms, Part 1"
Advertisement:

Not a Ferengi bartender, nor a subatomic particle, nor a galactic president, but a 1970s sci-fi parody of Star Trek from Get Smart co-creator Buck Henry. It was basically the US-version of Red Dwarf, but with only eight episodes.

Quark has examples of: