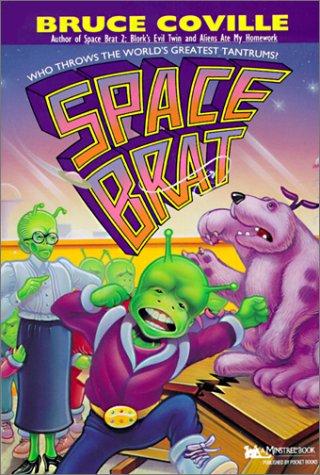 A series of children's books written by Bruce Coville about an alien named Blork. In Blork's society, babies and children are generally silent and well-behaved, but Blork had a bit of eggshell lodged behind his ear after he hatched, and wouldn't stop crying. Because of this, the computers labeled him "brat", and ever since he's been considered a brat all over his planet.

As you can imagine, growing up the go-to scapegoat among his peers left poor Blork terribly resentful. When everyone decides to blame you if a class pet gets loose and eats the furniture, or someone carves a swear word in the wall with lasers, life can be rough. It's a good thing that Blork can live up to his reputation when necessary — by throwing the loudest, wildest, most explosive tantrums in the galaxy!