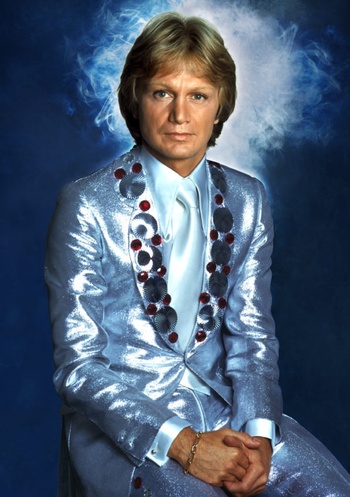 Born in Ismailia, Egypt to a French father and an Italian mother, he grew up there until his family was expelled in 1956 due to the Suez War and moved to France. He is a strong contender for most iconic French singer of The '60s and The '70s (the craze he generated nationwide has been compared to that of the Beatlemania for the UK and Elvis Presley for the US), and he certainly was the leading figure during the heyday of French Disco. His first hit was the song "Belles, belles, belles" in 1962.

Also among his other famous hit songs, which are major staples of retro nightclubbing and wedding parties in France still to this day, are "Le Téléphone Pleure", "Le lundi au soleil", "Magnolias for Ever", "Alexandrie Alexandra" and "Cette année là".

He was planning to export himself to the USA in 1978 after meeting with Motown's Lamont Dozier, but that wasn't to be. On March 11 of that year, while taking a bath, he noticed that a light fixture was not straight on the wall, tried to straighten it (while being wet) and died of electrocution at age 39.

A Biopic film about him was released in 2012, titled Cloclo (after his Fan Nickname) and starring Belgian actor Jérémie Renier in the title role.