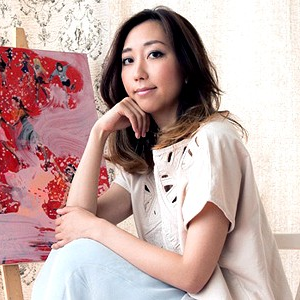 A Japanese pop singer-songwriter. She was raised in Maryland in the United States and attended college in the UK, so she can speak English with a native accent. Her songs sometimes combine English and Japanese.

Probably her most famous songs are: