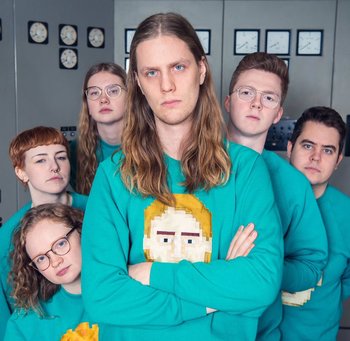 Daði is best known for his involvement in the Eurovision Song Contest. He was initially chosen to perform at the 2020 edition with the song "Think About Things", alongside his band Gagnamagniðnote (Icelandic: "Data plan"). The song quickly became a viral hit, with celebrities like Russell Crowe sharing it ahead of them winning Söngvakeppnin, Iceland's national selection. They'd previously competed to represent Iceland at Eurovision in 2017 with the song "Is This Love?", which finished second to Svala's "Paper".

After the 2020 edition was canceled due to the COVID-19 Pandemic, Daði & Gagnamagnið were confirmed to be returning for 2021, with the new song "10 Years". They were unfortunately unable to perform live after Jóhann Sigurður tested positive for COVID-19 just before the semi-final they were set to compete in. Nevertheless, a rehearsal recording was used instead and they managed to qualify for the grand finale, placing a respectable fourth.