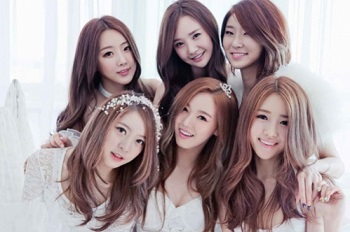 Dal Shabet is a four-member Korean Pop girl group founded in 2011. Performing under Happy Face Entertainment, they have won awards such as Best Newcomer Artist at the 2012 Golden Disk Awards. They are known for being fairly active, putting out 2-3 new singles and accompanying mini-albums yearly.