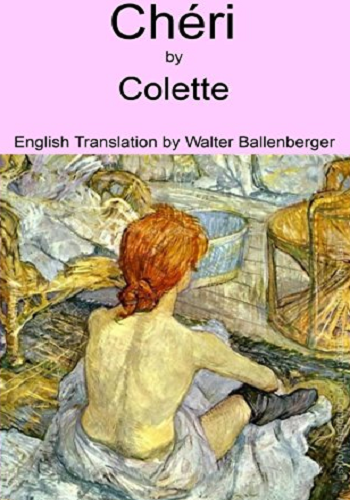 Chéri is a novel by Sidonie-Gabrielle Colette first published in French in 1920. This novel was followed by a sequel, La Fin de Chéri, published in 1926. The novel has been adapted to film twice, in 1950 and 2009; as well as twice being adapted for television, in 1962 and 1973.
Advertisement:

The plot follows the aftermath of the separation of Chéri, a young playboy, and his lover of six years, the much older courtesan Léa de Lonval. The two believe their relationship is casual until they are separated by Chéri's marriage, at which point they realize they are in love. The novel then deals with the broken couple's efforts to come to terms with this realization and to move on with their lives, until one night Chéri turns up on Léa's doorstep again.