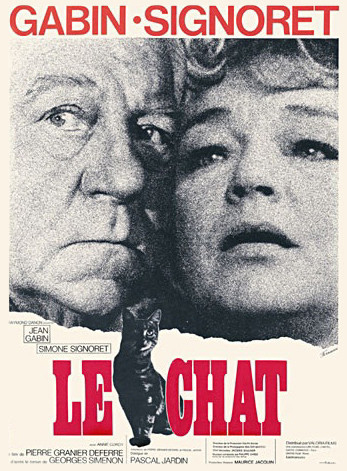 Le Chat ("The Cat") is a 1971 French-Italian drama film directed by Pierre Granier-Deferre, starring Jean Gabin and Simone Signoret. It is adapted from a 1967 novel of the same name by Georges Simenon.

Julien (Gabin) and Clémence Bouin (Signoret) are an old married couple. They live in the suburbs of Paris. They cannot get along any more, but they do not want to separate either. Julien adopts a stray cat and takes care of it. Clémence gets jealous of the cat.