Film / City Beneath the Sea 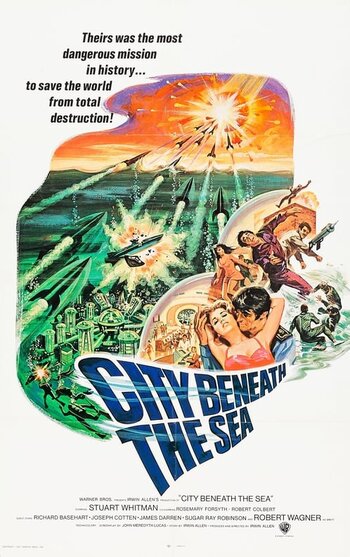 A 1971 Made-for-TV Movie created by Irwin Allen as a Poorly Disguised Pilot for a new TV series. City Beneath the Sea followed retired Admiral Michael Matthews as he is brought back into service to return to his job as administrator of Pacifica, the titular city, as it deals with a looming crisis brought about by the transfer of Fort Knox's gold reserves to Pacifica.

Tropes Beneath the Sea: