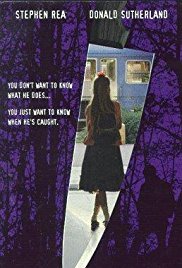 Citizen X is a 1995 HBO TV movie about the investigation of one of the most prolific serial murderers in history. The decade-long investigation happened in the final years of the Soviet Union, sometimes against the forces of the Communist Party. Although the film has dramatized some parts of the story, it still gives a good insight into the workings of a dying empire, and it's a good crime story with great performances.

The central character is Viktor Burakov (Stephen Rea), a forensic scientist promoted haphazardly to lead investigator on the trail of a serial killer dubbed The Rostov Ripper, who Burakov begins to suspect is factory worker and party member Andrei Chikatilo

(Jeffrey DeMunn). The committee heading the investigation is composed of yes-men and politicos who do nothing but hinder Burakov's investigation. His only ally is Colonel Fetisov (Donald Sutherland), who, while sympathetic to Burakov's pleas and frustrated at the committee's incompetence, nevertheless has his hands tied because of politics. Burakov is later also assisted by Dr. Alexandr Bukhanovsky (Max von Sydow), a psychologist who creates a scientific profile of The Rostov Ripper. The movie follows Burakov's determined pursuit of the Ripper, showing both his frustration at his own people's indifference toward the case and the toll it takes on him.

Citizen X is one of only two made-for-television films that Siskel & Ebert ever reviewed, the other being The Good Old Boys

This film is based on a well-known real-life case and so there are unmarked spoilers below. You've been warned!