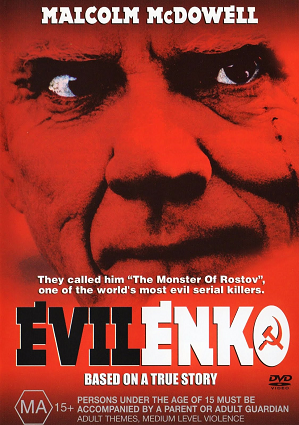 Evilenko is a 2004 horror film loosely based on the life of the Russian serial killer Andrei Chikatilo.

Andrej Romanovich Evilenko (Malcolm McDowell) is a teacher in the Soviet Union and staunch adherent of the Communist Party who is fired after molesting one of his students. Discovering his psychopathic nature and ability to hypnotize people, Evilenko starts to claim numerous victims, many of them children, while a Soviet magistrate with a family of his own desperately attempts to track him down.